What a perfect light today, so good that I was already shooting dolls before 9:00 AM :D Well, it's the best time because the rising sun hits our home then and there is light everywhere. And I wake up at 6:00 AM on weekdays anyway because of my job, so it's not too hard to get up early on weekends as well.

I had to take some photos of a recent knitting commission anyway, so I played with my kitty BJDs a little bit. 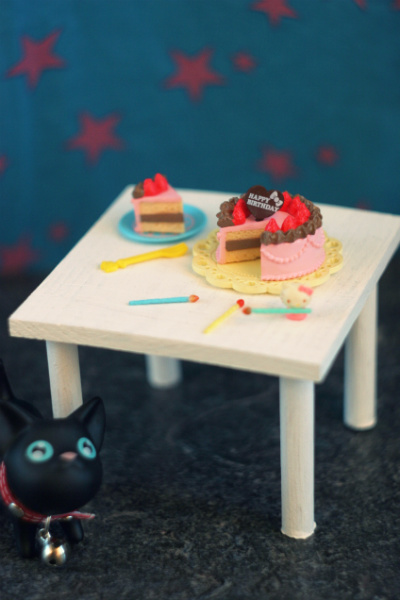 The setup. These are Re-ments I bought from Japan, I think the series is called Hello Kitty Birthday Party. 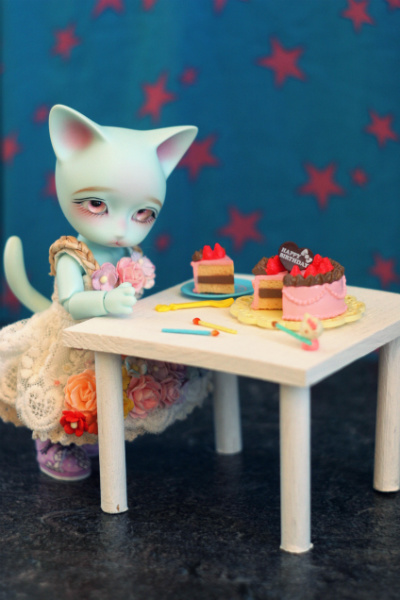 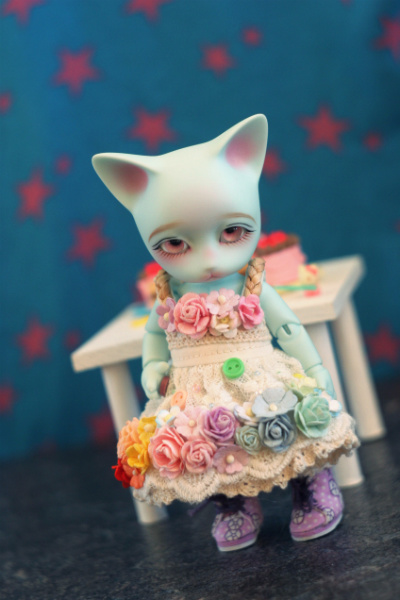 Malva's new dress is from Kuloft who has plenty of beautiful stuff - I could take some of his/her Blythe dresses when I have some funds again... 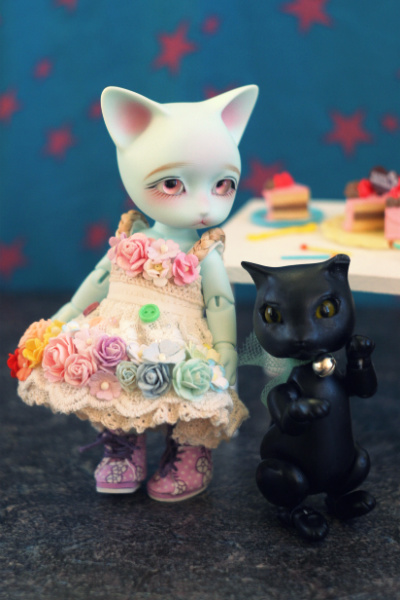 A comparison between Malva and my other cat doll, Mr. Paw (Camellia Dynasty's Wong). I don't photograph him a lot, but there he is! Not that he minds though - he seems the happiest when he gets to sleep in Meital's lap. I did make him a new bell collar though. 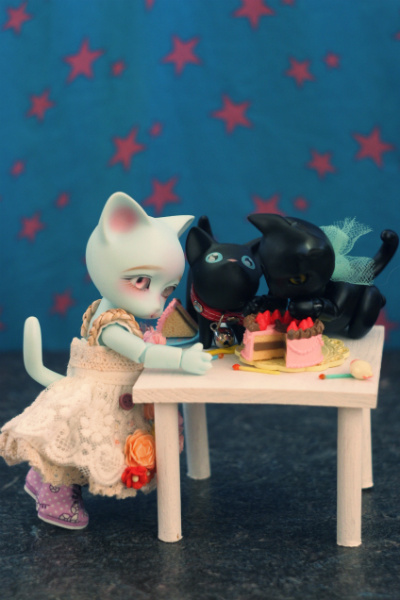 And the reality. Not that cats would really have table manners, right?

p.s. Of course I forgot to add the watermark and noticed it after I already uploaded these everywhere ^^; Well, I'm too lazy to take everything down and re-add them, so let's just play nice with these, right? :3