Hecate's boys (okay, they need a better title!) got finally some hair - and of course it means photo time! Sadly the photos aren't very good this time. I should have dragged out my tripod and some extra lights, as it is a dark, rainy day outside :/ 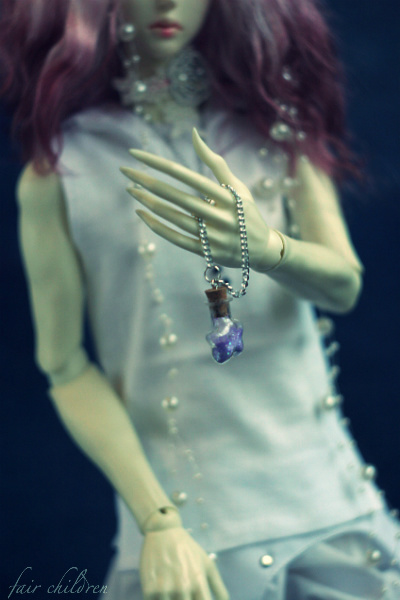 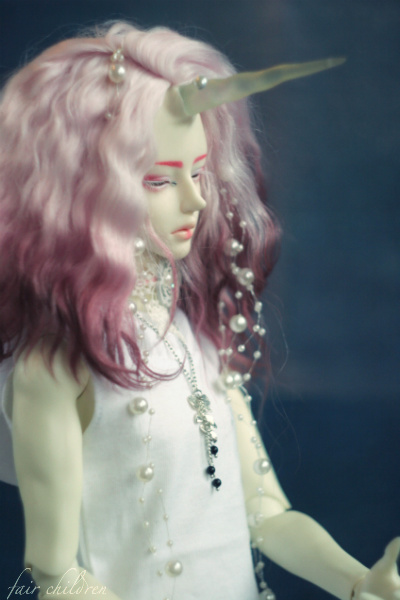 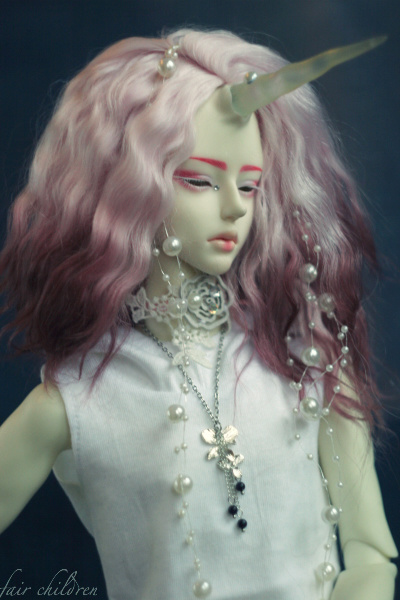 Sahitun's wig is from bycaptainpanda. I originally planned this for Shimral but alas, it didn't fit :/ Spiritdolls apparently have bit larger heads, and because this is made with glue, the cap doesn't really stretch. Oh well, it works with Sahi as well <3 It's so soft, I could just play with it for hours xD 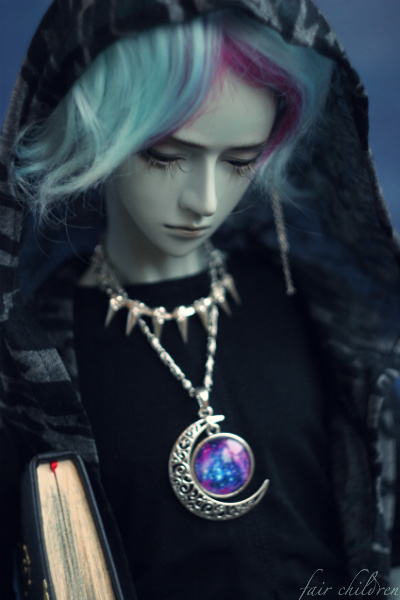 Luckily I got another new wig so Shimral doesn't have to go bald. Grey skin is so easy - any pastel shade works! He also has some new trinkets, from Iplehouse and a human-sized moon necklace from Ebay which I just shortened for doll-size xP

I originally planned that these two could be brothers, but that doesn't really work because they don't really look like it when they're together >_> Heliot's head is bit on the small side as well, compared to the rest of Hecate's crew (Shimral, Liduse, Amita). I may switch Sahitun to another mold in the future if I find a nice one and have the funds. Or if anyone wants to trade a romantic Heliot to a fantasy boy with a larger head, let's discuss it xD;