Sahitun, my Soom Heliot, is getting almost complete! He'll get another wig which fits better with the colours of his makeup, but the rest is done. He has a pretty face up from Jellyfish Faces and of course lots of extra bling and glitter from yours truly. 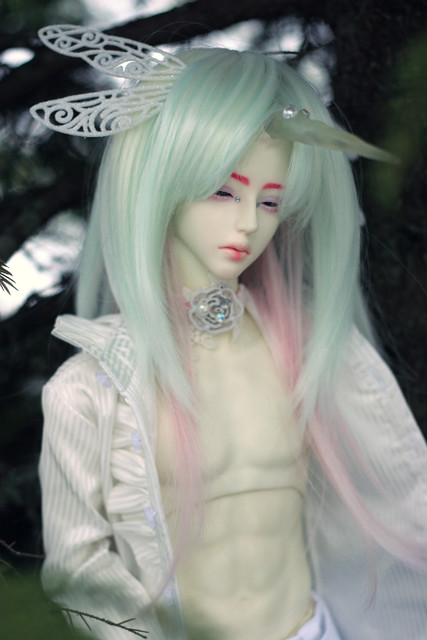 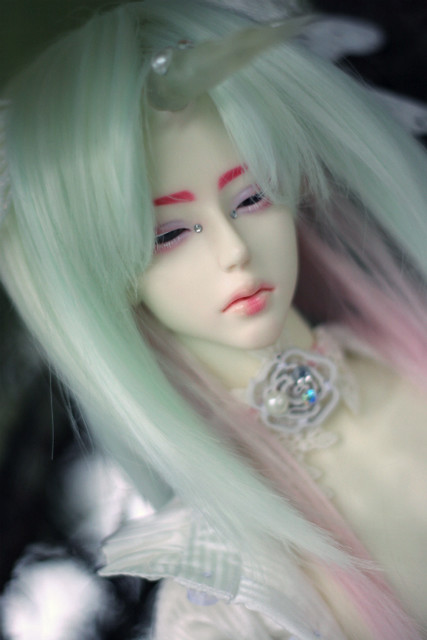 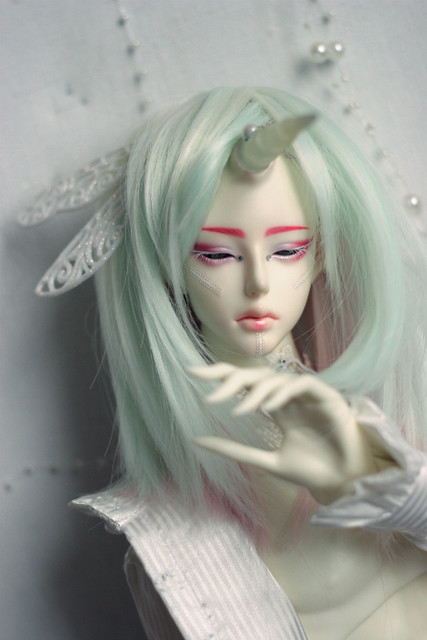 (With lashes and some face tattoos added.)

...no, he didn't turn out as the most masculine doll out there, but who cares? :D Characterwise he is Shimral's "brother" - they're both demigods born of people's believes so they don't really have parents. Where Shim is the reason and the wisdom, Sahitun is the emotion, the sexuality, the love and everything hot, irrational, crazy and tempting. But he has a good heart, he's just another size of the same coin. Why the horn, though? It could symbolize that he, uh, he is the god of lovemaking. Or then he just think it's fashionable.

It's fun to own Heliot again after all these years :D He's a fun sculpt, not my most beloved ever, but Heliot head is basically the only one which works with my Supergem body. And I was lazy to sell it as SD-sized dolls are very difficult to sell these days on Finnish BJD community. So Sahitun was born of this laziness, and I don't really regret it. Hecate is thrilled to have two cute boys now ;)

Email ThisBlogThis!Share to TwitterShare to FacebookShare to Pinterest
Labels: Sahitun