I asked in Facebook what doll(s) should I photograph today - and got Meital and Kaamos as a result. So here we go, my oldest couple and their current looks. Of course they have changed and developed along the years, but the basics are still there. A tall grumpy demon and something very sweet and innocent which makes his heart melt, although he would never admit it. But we know it, don't we? ;) 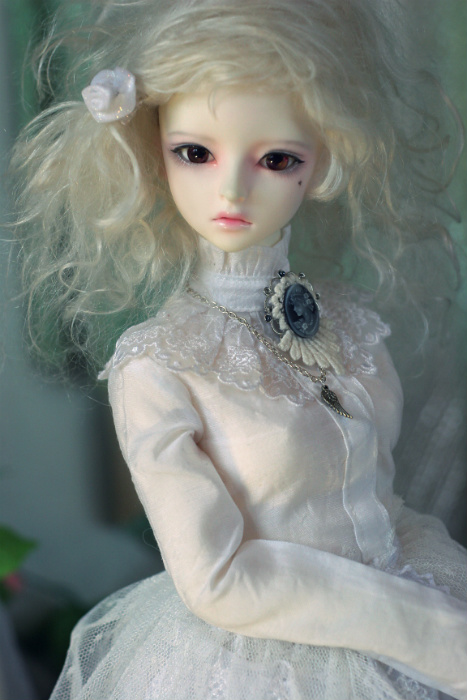 There are several photos so they are behind a cut. 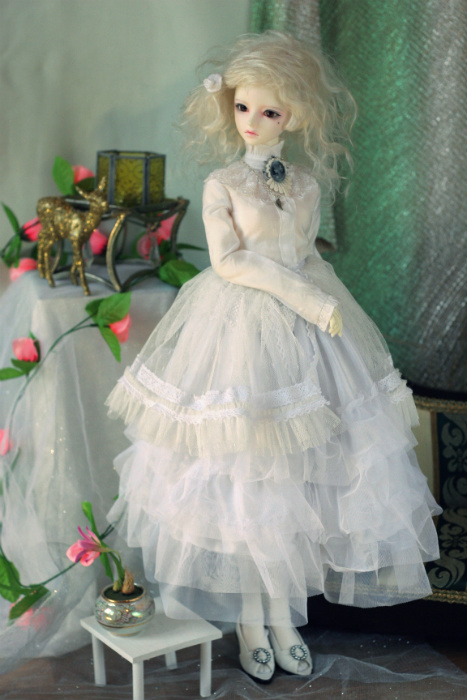 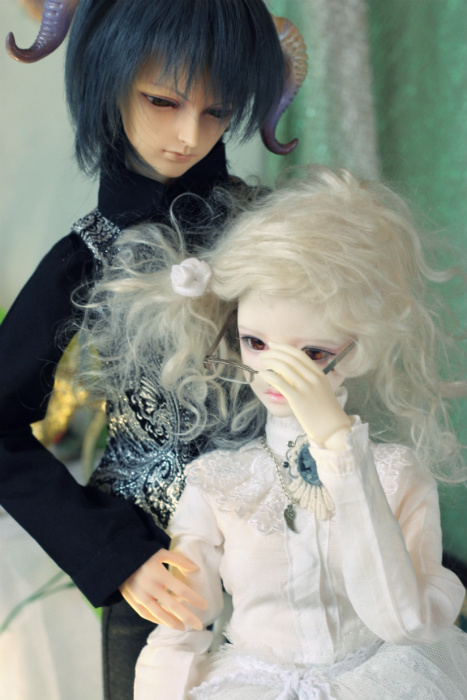 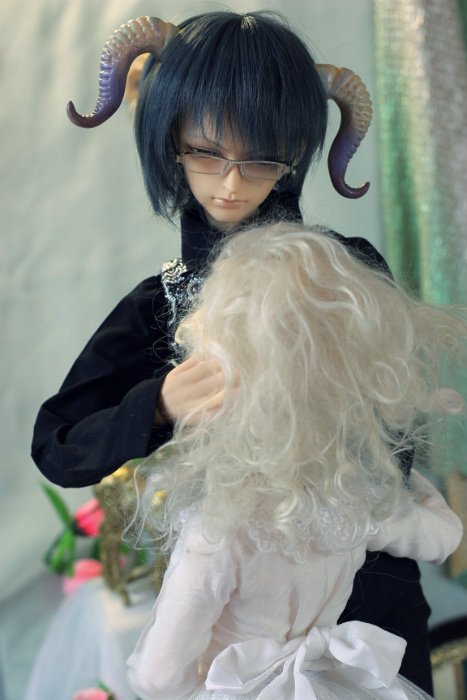 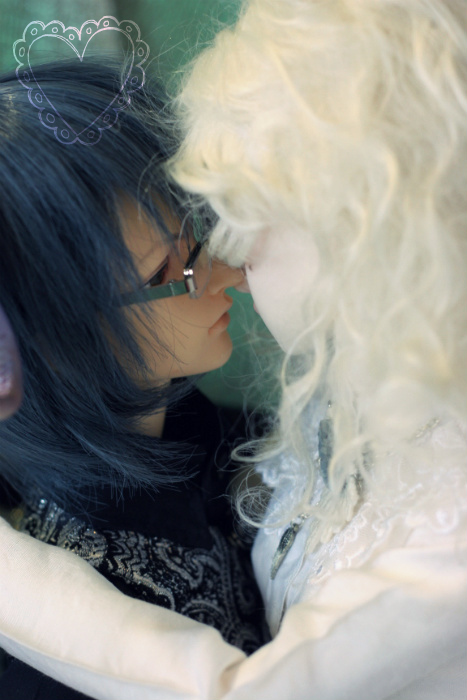 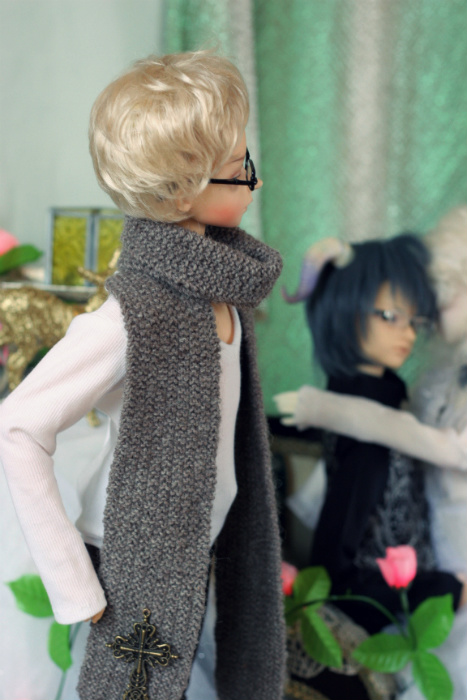 Playing with them after a while inspired me to at least develop Meital's character a little bit ^^ Those who followed my stories know that her character used to be an angel, abandoned by her god when she wasn't able to let Uncle K go of her heart. I thought that it would do her good to find a new gentle god or goddess to serve, someone who doesn't care about such things. So she'll probably change into an agent of a new deity soon and get her light back <3